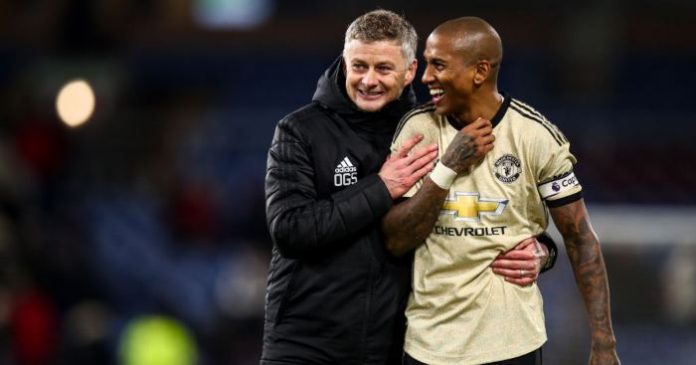 Ashley Young has been offered a one-year extension to his current contract at Manchester United, according to reports. The 34-year-old has played over 250 times for the Red Devils after joining in 2011 from Aston Villa for a reported fee of £15million.

Young has won five trophies at Old Trafford since moving to Man Utd, including the Premier League and Europa League. There were reports on Wednesday that Young‘s time at United could be up with interest from Inter Milan.

Sky Sports Italy reporter Gianluca Di Marzio indicated that Young had already said ‘yes’ to Inter over a possible move. However, Sky Sports now claim that Man Utd are trying to ward off interest in their veteran by offering him ‘a one-year contract extension’.

United will ‘try to fend off interest from Inter Milan’ with their offer as Antonio Conte looks to give Young an 18-month deal at the San Siro. Meanwhile, former Manchester United goalkeeper Mark Bosnich says there are players in Ole Gunnar Solskjaer’s side that are “not up to it”.

“There are players all over that squad – there’s no need to get into naming and shaming – who are just not up to it,” Bosnich told Sky Sports News. “If you have a look at the team the other night, it’s a young side and he’s obviously gone for a young side, looking towards the future.

That’s reliant on the patience of the supporters, they may or may not come good within two years. “He’s doing something very similar to what Sir Alex Ferguson did when he was there. He had that excellent bunch of young players that he brought through the youth system. “But let’s not forget that before that, Sir Alex Ferguson was given a lot of time before he won his first major trophy. I don’t think people these days have that kind of patience. “I think, especially after the result and performance the other night, he’s got no other option but to go and strengthen that squad.”