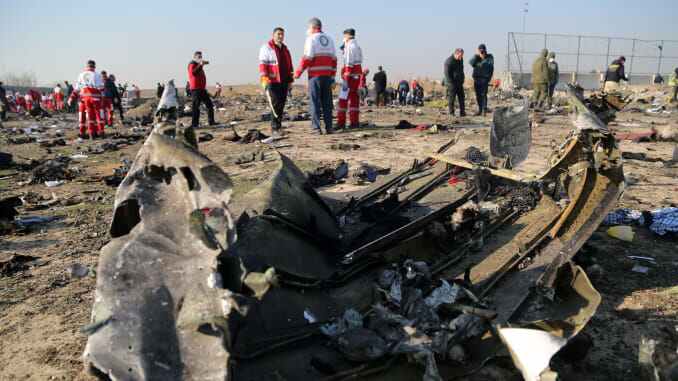 Iran authority has confirmed on Saturday it had mistakenly shot down a Ukrainian plane killing all 176 people aboard and voiced its deep regret, after initially denying it brought down the aircraft in the tense aftermath of Iranian missile strikes on US targets in Iraq.

Wednesday’s crash heightened international pressure on Iran after months of friction with the United States and tit-for-tat military attacks. Tensions in the Middle East intensified last week after a US drone strike killed an Iranian general in Iraq, prompting Tehran to fire at US targets on Wednesday.

Canada, which had 57 citizens on board, and the United States had said they believed an Iranian missile brought down the aircraft although they said it was probably an accident. Canada’s foreign minister had told Iran “the world is watching.”

Ukraine had been more cautious in apportioning blame but said it had agreed with Canada to push for an objective investigation.

“The Islamic Republic of Iran deeply regrets this disastrous mistake,” Iranian President Hassan Rouhani wrote on Twitter. “My thoughts and prayers go to all the mourning families.”

Many of the victims were Iranian with dual nationality.

Iran’s Foreign Minister Mohammad Javad Zarif wrote on Twitter that “human error at time of crisis caused by US adventurism led to disaster,” citing an initial armed forces investigation into the crash of the Boeing 737-800.

An Iranian military statement, which was the first to indicate Iran’s U-turn, said the plane had flown close to a sensitive military site belonging to the elite Revolutionary Guards.

It said that, at the time, planes had been spotted on radar near strategic sites which led to “higher sensitivity within air defence systems”, adding that responsible parties would be referred to a judicial department in the military.

Experts said mounting international scrutiny would have made it all but impossible to hide signs of a missile strike during any investigation, and Iran may have felt it best to make a swift policy reversal than battle rising criticism abroad.

“There’s nothing you can do to cover it up or hide it,” said Anthony Brickhouse, an air safety expert at Embry-Riddle Aeronautical University and a former US National Transportation Safety Board investigator, adding that a missile would leave tell-tale signs on the fuselage. “Evidence is evidence.”

The White House did not immediately respond to a request for comment.

Mobile phone footage posted and circulated by ordinary Iranians on Twitter after the crash had indicated that it came down in a ball of flames and exploded as it struck the ground.

Iran had said on Thursday it would download the information from voice and flight data recorders, known as black boxes, to determine what had happened, although it had said the process could take one to two months.

Tehran had said it could ask Russia, Canada, France or Ukraine for help, saying an investigation could take one or two years.

Iran had initially dismissed accusations that a missile was to blame, calling such suggestions “psychological warfare”.

Grief-stricken Iranians and others posted images related to the crash. Many complained Iran’s authorities had spent too much time trying to fend off criticism over the disaster instead of offering condolences and sympathizing with victims.

One image circulating on social media showed a child’s red shoe in the dirt. Another was a selfie of a mother and daughter in their seats, sent to a loved one just before takeoff.

“Why were any civilian airlines flying out of Tehran airport in those conditions?” a user named Shiva Balaghi wrote on Twitter.

Ukraine had been looking at various possible causes of the crash, including an attack by a Russian-made missile, a collision, an engine explosion or terrorism.